To benefit children of veterans and honor Lt. Mike Murphy, U.S. Army Veteran Lisa Kelly takes on the grueling physical test of  “The Murph.” Not once, but for 24 hours straight. If successful, she’ll be the first woman in history to complete the challenge.

Lisa Kelly is a U.S. Army Veteran, where she achieved rank as Captain in the Army Nurse Corp. For the last 15 years she has worked as a nurse at the Darnall Army Community Hospital. Through her time there, she has watched as the shortage of nurses grew progressively, creating a bigger gap between the care veterans need and what they receive.

Lt. Mike Murphy was a Navy SEAL, killed in action in Afghanistan in 2005. Murphy sacrificed himself to get to a position where he could radio to get help for remaining men, following an ambush. His actions earned him the Medal of Honor, and an enduring legacy as a heroic figure.

Murphy also was known for completing a nearly torturous workout that consisted of a one-mile run, 100 pull-ups, 200 pushups, 300 air squats, and a final one-mile run, performed while wearing a 20lb. tactical weighted vest. His enthusiasm for this workout became so well-known across military circles that referring to it as “The Murph” soon became commonplace.

He was a Navy SEAL. Kelly, Army. Their paths never crossed, and likely never would have even if his life was not cut short. And yet, they still hold a bond. “I think that all veterans and current active duty military, no matter what branch, we all kind of have these unique ties,” Kelly explained. “We know that it could have been any of us [to lose our lives] at any given time. It could have been us, a family member, a friend, a comrade.”

Kelly’s bond with Murphy goes further than that of most other servicemen and women. Every Memorial Day, gyms across the country host and participate in The Murph Challenge. During this year’s events, Kelly has pledged to do a Murph Marathon, 24-hour sports fundraising Pledge It campaign. By completing Murph after Murph, she will earn funds to benefit Educated Angels. The money will go towards scholarships for children of veterans who are pursuing careers as educators and nurses.

Kelly could have picked from a myriad of different fundraisers to benefit Educated Angels. But in her heart, she knew it had to be a Murph challenge, as it has become synonymous with honoring those who have passed in the line of duty. “In the past, we didn’t really have these ‘hero’ workouts where we pay homage,” she explained. “That’s really a new phenomena we’re using to raise awareness and prove to people that, just because you’re gone, doesn’t mean you’ll ever be forgotten.” 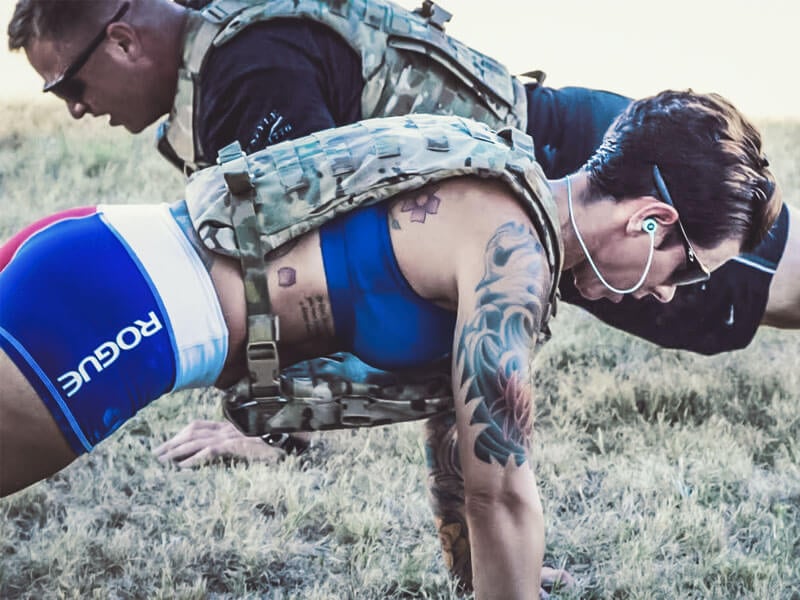 The educational aspect— choosing Educated Angels as beneficiary— is inspired by Kelly’s daily struggle with the knowledge that there are not enough trained nurses to help those that have already given so much to their country. It also ties back to Murphy. “A lot of people don’t know he was an avid reader and that education was one of his biggest passions,” Kelly explained. “To be able to stand up and say, ‘listen I’m doing this workout and this is how we’re going to raise this money, as a legacy to him, to see all the good that he could have done, that he no longer gets to do.' We are still here and we are still continuing on your legacy.”

The passion to carry Murphy’s legacy—and in the broader spectrum remind all service men and women that they will never be forgotten— has driven Kelly to attempt something that has never been done before. There is record of one man in the United Kingdom having completed the workout for 24hrs., but never a woman and never in the United States. She has completed hours of grueling durability training, starting with one Murph, then three, then a four-hour block of time, progressing to a six-hour block of repeated Murphs. No matter how hard she trains, Kelly recognizes there will come a time in the 24-hour span where her body does not want to go any further, which is where the determination of the mind comes in.

“A lot of this is mental training,” she explained. “What happens the first time I do a squat and fall to the ground? The biggest thing with something physical, that seems impossible, is knowing that when it hurts, it will never hurt as much as not being able to do it. Not waking up the next day, not being there, leaving your family behind, when there is no pain.”

This Memorial Day, we honor all who made the ultimate sacrifice in the name of their country. And offer a salute to Kelly as she works her way into the record books to benefit Educated Angels, one Murph at a time. 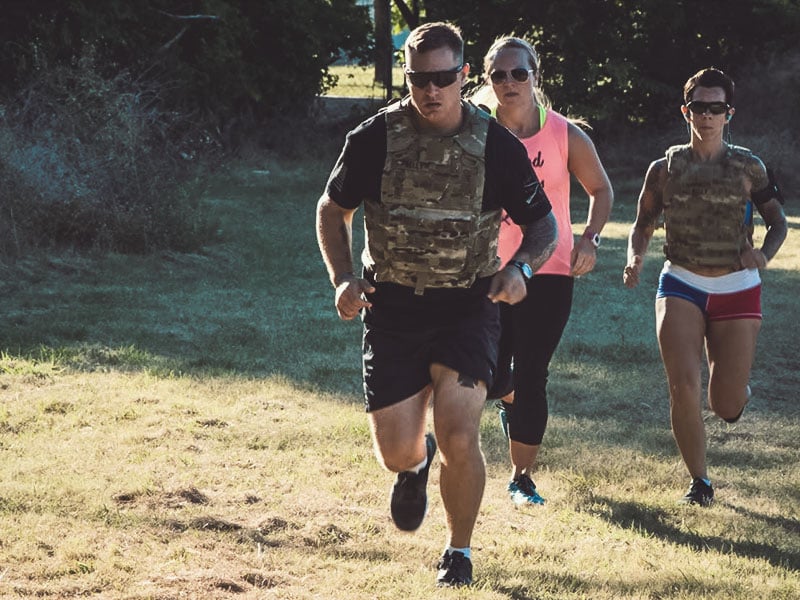